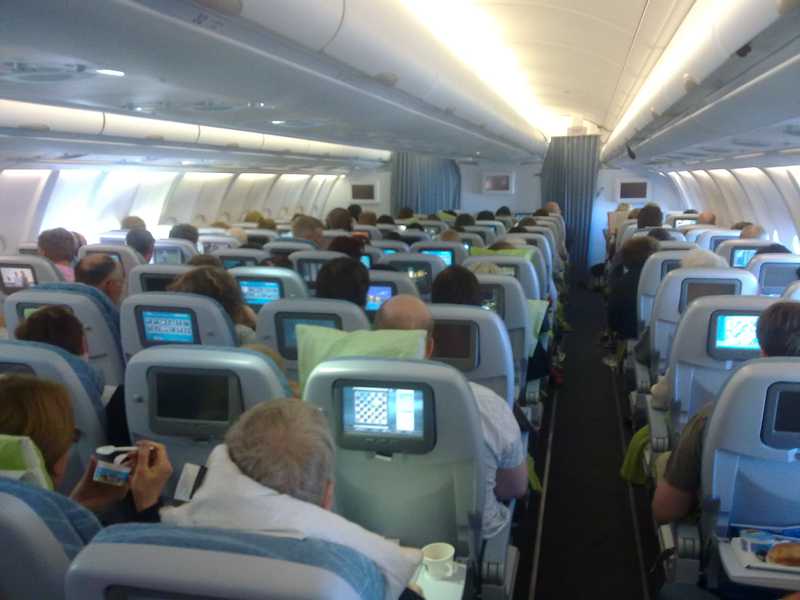 While I was still weeping for the memory of MD-11, I had an opportunity to fly with the brand new Finnair Airbus 330-300 jet passenger plane from New York to Helsinki and back. Having been inside every Airbus (except early 300 series and A380), I was not expecting to experience anything mind blowing. After all, every Airbus plane is.. well, an Airbus plane.

There I was, seated in the front of the coach, staring the light blue wall between Economy and Business class. The whole internal color scheme looked very blueish. Initially it felt quite bland and bit cold, very typical Scandinavian style. Seeing already some dark marks on the wall made me wonder how will these surfaces look like after years of wear. But, at least light color brought some feeling of space. 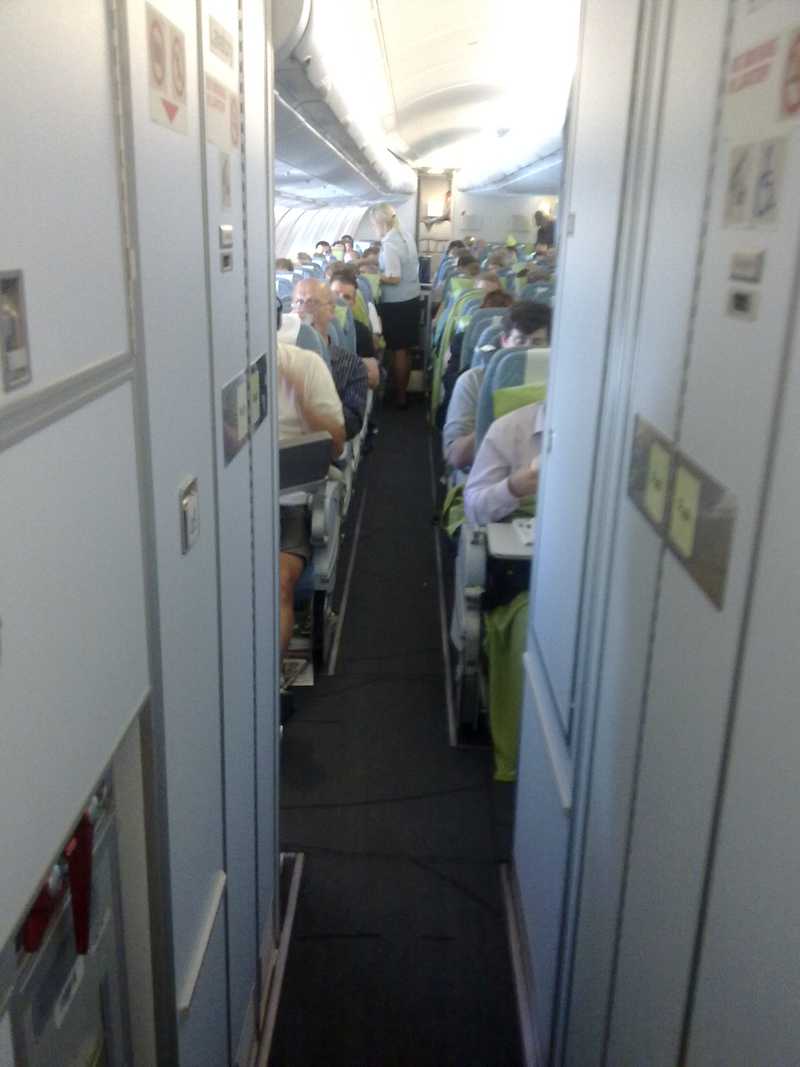 Speaking of space, that is what you don’t have in the corridors of A330. First of all, there is no way to cross plane from aisle to another in the middle of the Economy. So, getting from left side to right side requires you to walk to very back of the plane. Then, aisles are very narrow especially between toiled sections in the center and back. So you need to make many hard bypasses to get to back part of the plane, if (and when) people are queuing to the toilets.

After settling in, the seat felt nice. Not the best in the world, but totally OK for a coach seat. The first real disappointment came with the media system. The screen was big, yes, and lots of content available, but nothing seemed to work. After a while, a cabin attentand announced that the media system was not functioning and needed to be rebooted. The funny details were that the reboot was going to take twenty minutes, and the business class seats could not be adjusted during the reboot. Hah! Finally movies played OK, but my favourite programs (the outside camera and map) did not work during the whole flight. 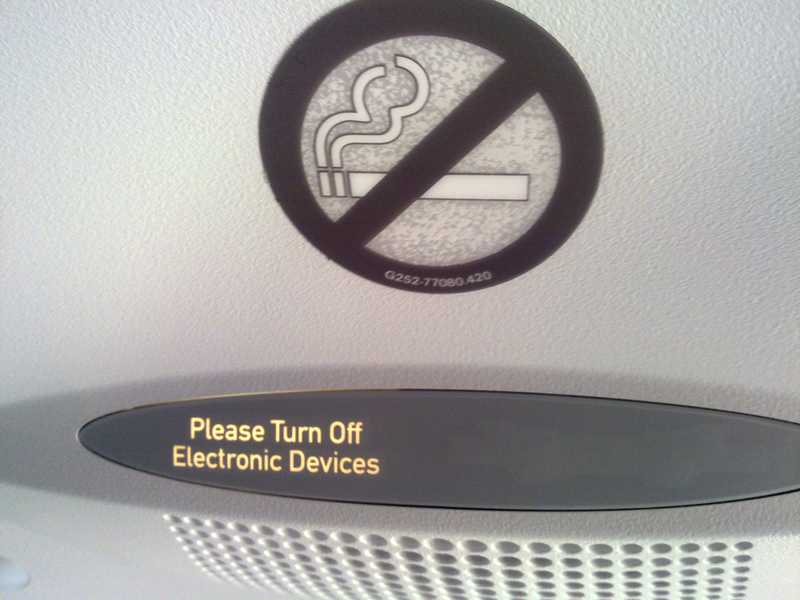 The proof of modern times was clearly visible. No more the – oh so familiar – “no smoking” light on the ceiling. Instead, a bright text of “Switch off electronic devices” was lid before the take-off. It is like the revolution in the air travel, comparable to the record industry when vinyl was switched to CD (well, switching from piston engines to jet engines may have been a slightly bigger revolution, but hey, I was not there to experience it :).

The flight itself was smooth and comfort, and the pitot tubes did not freeze up this time. The Finnair “F” logo on the winglets looked nice, and the GE’s big CF6-80E1s did their job marvelously. Toilets had fancy LED lighting and enough room at least for me. 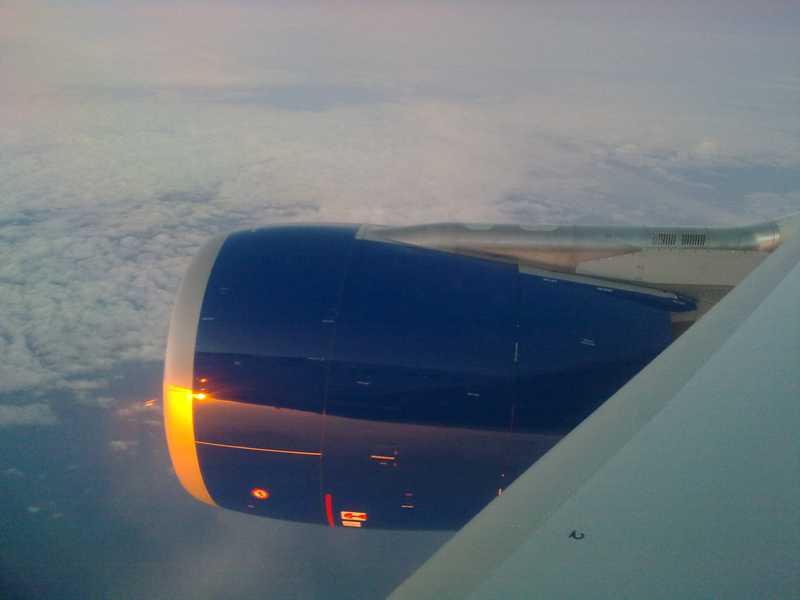 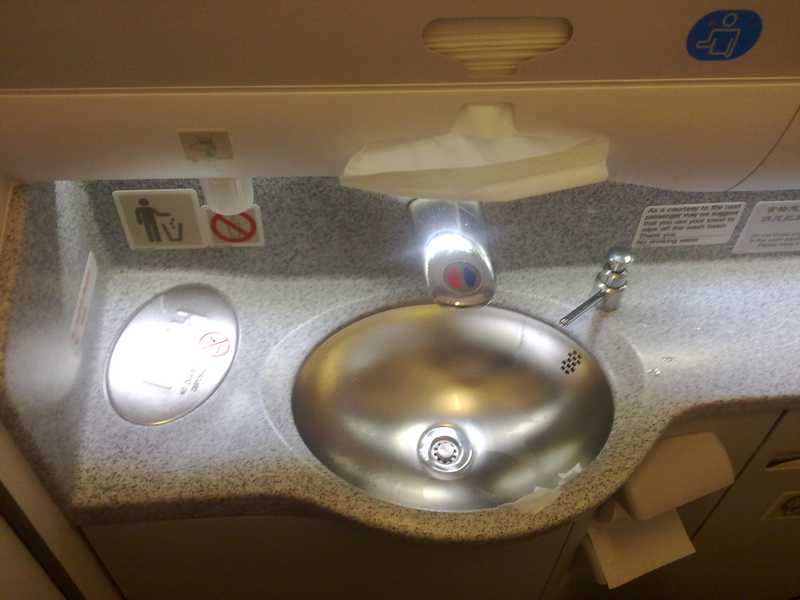 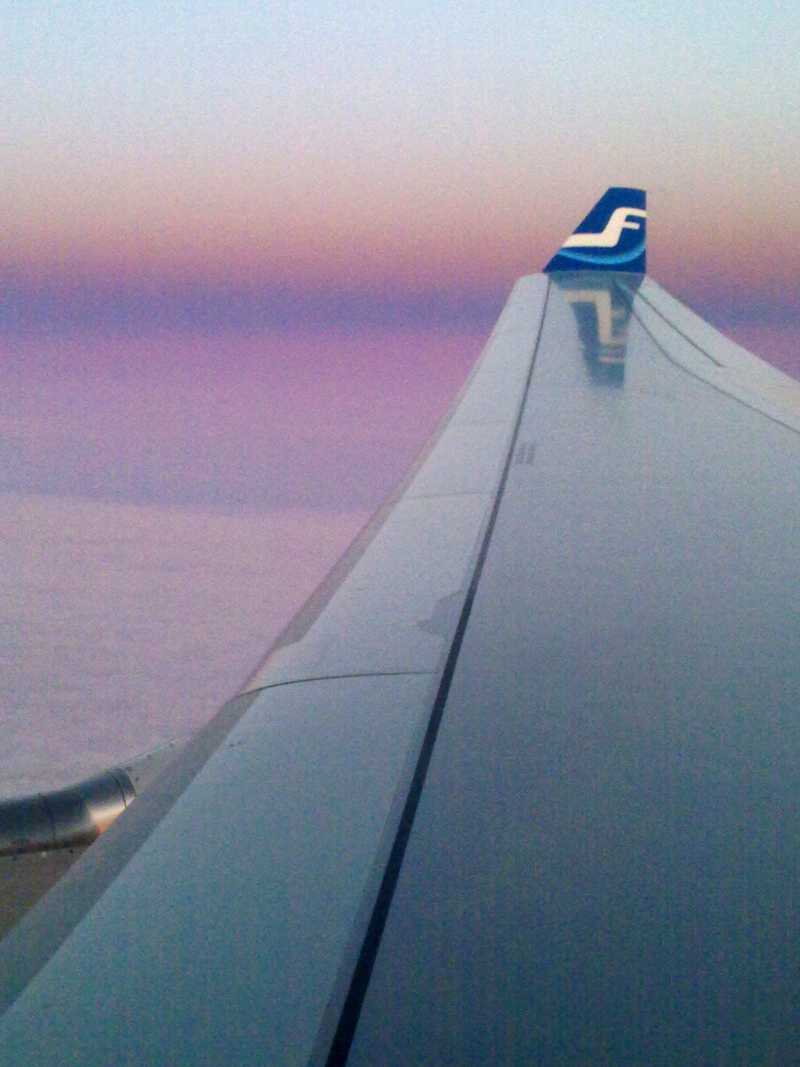 In the return flight, I was a lucky to try out a business class seat, in the Finnair’s so called little-business (with a lucky strike you get sometimes on biz seats with economy tickets — it is still economy class with economy services). 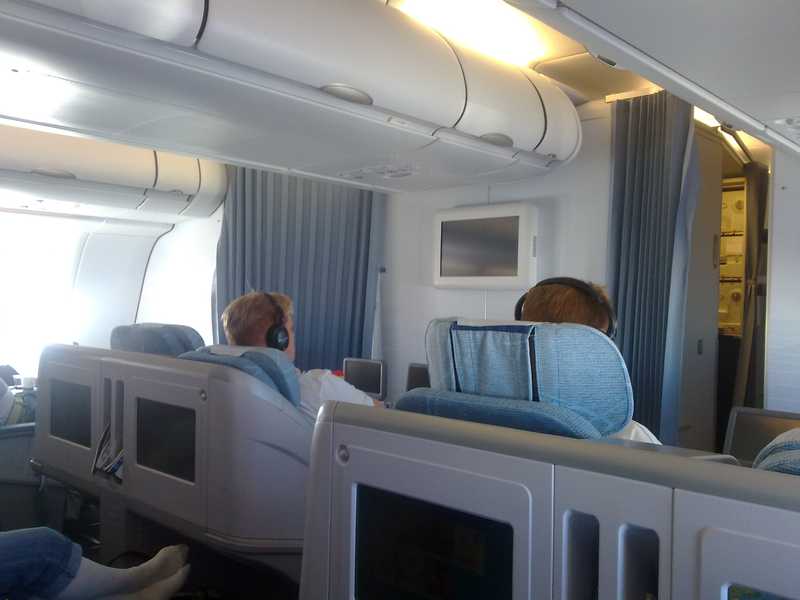 Wow, a big screen! And this time everything was working perfectly. Although a nice amount of flight related technical information was available through the system, I could still have had some use for couple of additional parameters like low compressor RPMs, TCAS warning lights (just kidding), fuel levels etc. And hey, Finnair could also broadcast radio traffic between plane and ATC in United-style (kudos for United for still doing that!).

On the back seat of taxi way to home, idling on traffic jam somewhere in Queens, I was wondering did Finnair retire MD-11s prematurely. After all, MD-11 was a robust, roomy, moody, fast and excellent cargo “juhta”, hard to beat even by any modern jet plane (well, lets not go to the fuel economy here). And A350 is still far a way in future, and B767 is getting rapidly old.

No, it was about the time. Big travelling audience does not want to flight vintage jets, but have safe, modern looking planes with good in-flight entertainment systems.